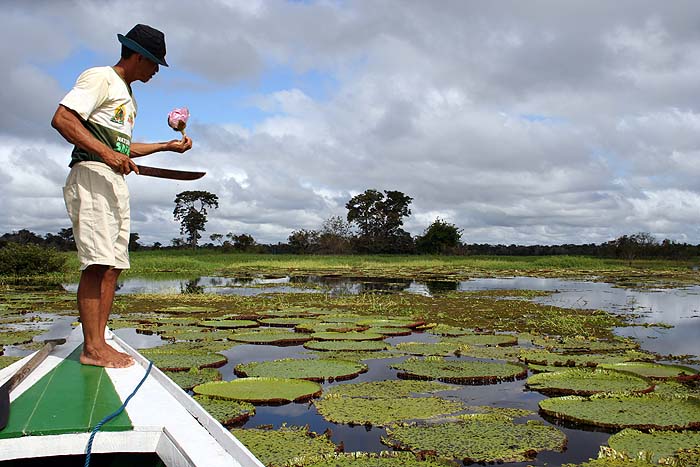 conserving the fauna and flora of Latin America's greatest forests

Visit Rio’s beautiful botanic gardens; view the flora and fauna of the Atlantic rainforest on Brazil’s “green coast”; admire Manaus Opera House, built during the rubber boom of the nineteenth century; and spend 4 nights exploring the Amazon aboard a traditional riverboat, looking for pink river dolphins and giant river otters.

Sunday 6 May 2018 - Arrival day (São Paulo): The recommended non-stop flight from London for UK participants with TAM Airlines departs Heathrow at 10pm on Saturday 5 May and arrives in São Paulo just before 6am. We can meet flights arriving by 6am, or pick up participants whose flight arrives the day before and have spent the night in the airport hotel (which we can arrange on request).

The cobbled centre of the 17th century colonial port of Paraty has been declared a national historic monument, with classic examples of Brazilian Baroque architecture. In and around the town are some lovely art galleries, craft shops, pousadas and private villas and museums.

Drive north to Paraty (about 4 hours), through green hills and descending to the so-called “green coast”. Stay for three nights at the Porto Imperial, a colonial pousada (inn) in the centre of the old town.

7-8 May: Activities in and around Paraty will include a half day schooner cruise to some of the most beautiful beaches and islands in the bay; and a full day in the Atlantic rainforest of the Serra da Bocaina national park - waterfalls, flora and fauna and a range of habitats from sea level to the highest peak at over 2,000m.

While Brasilia is the official capital, Brazil’s spiritual capital is Rio de Janeiro, with surely one of the most beautiful settings in the world. The Corcovado and Sugar Loaf mountains overshadow the city and the beaches include famous Copacabana and fashionable Ipanema.

9-12 May: Drive north along the pretty coastal highway to Rio de Janeiro for four nights at the Porto Bay Rio Internacional, a modern, ocean-front hotel in central Copacabana with a lovely roof terrace. Visit Rio’s 54 hectare Botanical Gardens, founded in 1808 to breed foreign plants (mainly spices from the West Indies) but today at the forefront of the conservation of Brazilian flora. Apart from the 6,500 plant species, 140 species of birds have also made the gardens their home.

Other visits will include the forests surrounding Rio - both Tijuca and the Serra dos Orgãos national park near Petrópolis - site of the Emperors’ summer palace in the 19th century. No visit to Rio would be complete without seeing the famous Sugar Loaf mountain and statue of Christ at Corcovado.

The largest and densest rainforest in the world boasts more plant and animal species than any other jungle, creating a paradise for would-be explorers, naturalists and wildlife enthusiasts. In the 18th century Alexander von Humboldt and Alfred Wallace both launched scientific expeditions into the interior.

13-17 May: Fly to Manaus and spend a night at the Wyndham Gardens, a 16-storey hotel overlooking the Rio Negro.

Board the Tucano (see www.lastfrontiers.com/hotels/brazil/amazon-lodges/tucano) for a four night cruise up the Rio Negro and through the Anavilhanas Archipelago, the world's largest river island system. By the end of the first day the vessel will have entered a wilderness area where both shores are covered by dense rainforest and exploration proper can begin. Activities include guided walks and boat trips into the forest; watching pink dolphins; spotting birds and monkeys; identifying different bat species; and visiting local riverine families whose life is governed by the rise and fall of the river.

The last day will concentrate on the flooded Amazon itself, whose silt-laden white waters meet the darker Rio Negro at the famous Meeting of the Waters.

Friday 18 May: Disembark in Manaus early in the morning in time for a tour of the famous Opera House. Those flying back to São Paulo will be taken to the airport in the early afternoon; those returning to the US could take the evening American Airlines flight to Miami.

The recommended group flight with TAM Airlines departs São Paulo at 2350 and arrives London Heathrow at 1515 the following day.

Prices start at £4,950 per person sharing a double/twin room, including internal but not international flights. Do contact us for availability, flight quotes, and booking conditions. 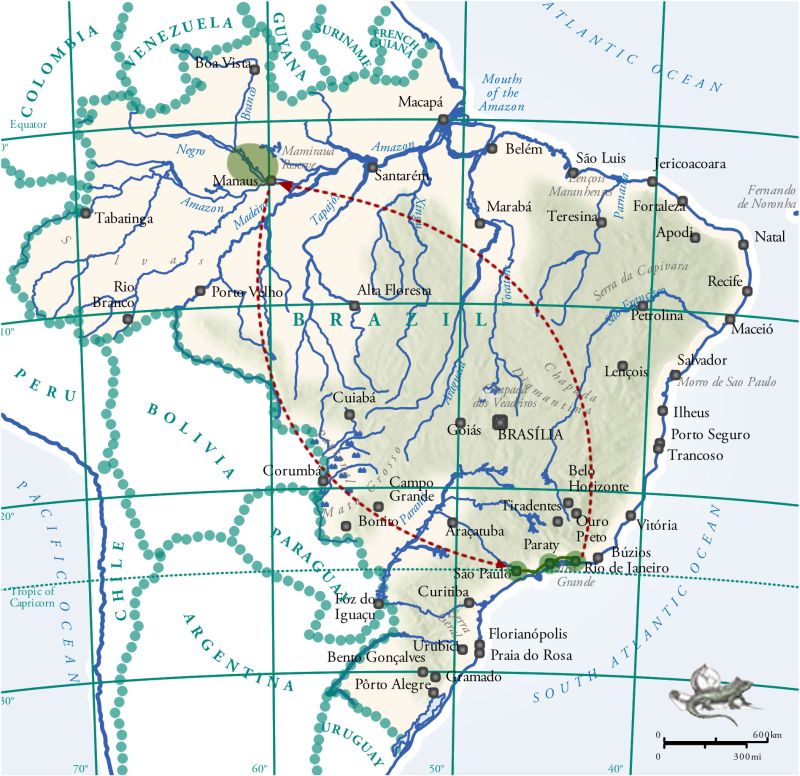