The East
Asunción
The Southern Missions
The West

The indigenous people love to share their history and culture over a cup of tereré, refreshing iced herbal tea. Guaraní is still the main language despite a long period under colonial rule - the vestiges of which can be seen in the capital Asunción’s cobbled centre and several sleepy old towns nearby, or in great steam engines rusting beside abandoned workshops.

In the south, among lush forests, are the ruins of great Jesuit missions, progressive communities that integrated with the local people, promoting literacy and healthy living. Trinidad, the least-visited of UNESCO world heritage sites, is extremely impressive, needing little effort to imagine these splendid buildings and churches in their heyday.

Elsewhere, the semi-arid Chaco region is scattered with indigenous villages and Mennonite communities. Both here and in the far north wildlife outnumbers the human population, with everything from jaguars and pumas, to tapirs, peccaries, giant otters and vast flocks of water birds.

Tourism in Paraguay is in its infancy, so whilst you will be unlikely to find enough to occupy you for a two week stay, a few well-spent days will be very rewarding.

Here are some of our Paraguay highlights 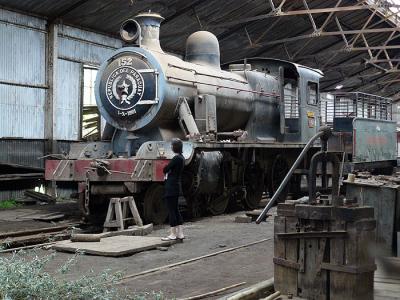 Visit Sapucay to see the abandoned steam train workshops. Carriages, lathes and old steam engines, including an enormous one from Lincoln with 3 boilers, compete for space with dusty documents, ledgers, and general paraphernalia. Very eerie! 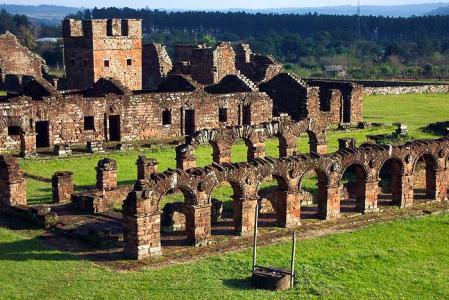 Southern Paraguay's Jesuit ruins are reminiscent of a more peaceful past when Jesuit missions integrated with local communities. The most impressive is Trinidad, still so complete is takes very little imagination to envsion the vast mission in its heydey. 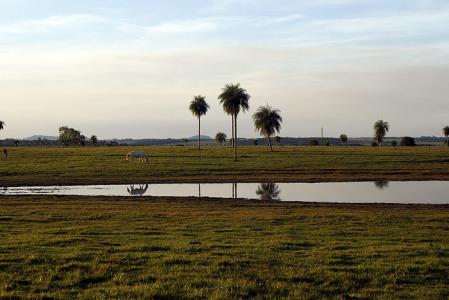 Experience the country life by staying at a rustic, traditional working estancia for a couple of nights. Try some riding or walk around the farm while enjoying the views of rolling surrounding countryside.

Thank you very much for organising an excellent tour of Paraguay. The guides were helpful and friendly and I liked the food. My most expensive meal out was £8 and that included beers! The carnival in Encarnacion was an experience too. Overall it all went very well.

When to go to Paraguay

Temperatures are hot in summer - the average high in December, January and February is 35°C, with daily temperatures ranging between 25°C and 43°C. Winter temperatures are more variable and can reach freezing or hover at 6°C, though the average high in July (the coldest month) is 22°C. Rainfall is moderate throughout the year with the winter months usually being a bit drier. The east is wetter and in the south the climate is humid, with rainfall distributed fairly evenly throughout the year.

Typhoid, tetanus and polio advisable, no vaccinations are mandatory.

Not required by EU nationals.

Guaraní (PYG). Paraguay maintains a free monetary exchange policy and the purchase and sale of foreign currencies is not subject to any controls or regulations. US Dollars are widely accepted throughout the country. Travellers are advised to use an official bureau de change and not deal with people offering services on the street as false banknotes are common.
All major credit cards are accepted and ATM (hole in the wall) machines are commonplace in cities and major towns.

Spanish and Guarani are equally widely spoken, and both are taught in schools.