Petén and the North
The Central region
The South
Antigua and Guatemala City
Lake Atitlán
Chichicastenango, Quetzaltenango and Cuchamantanes

With one of the largest indigenous populations in the Americas, Guatemala is a strikingly beautiful country where traditional ways of life thrive. Not only that, it has some of the finest ancient Maya sites in the world: the lost city of Tikal emerging from the jungle is an unforgettable scene, accompanied by the echoing calls of macaws and monkeys.

The former capital of Antigua, with its elegant squares and Spanish baroque architecture - has some spectacular ruins, the legacy of several devastating earthquakes in the eighteenth century. The country is never more vibrant and alive than during a festival, whether at Easter, when giant floats depicting Christ’s passion process through cobbled streets strewn with pine needles, or on the Day of the Dead, when huge and intricately patterned kites are flown to honour their ancestors.

In the highlands volcanoes gently rumble, and occasionally spew lava, whilst in the valleys below authentic street markets sell produce of every kind - stalls piled high with exotic fruit and vegetables and bright, hand-woven textiles. Home to twelve Maya communities each with their own unique and colourful dress, magical Lake Atitlán’s calm waters reflect three towering volcanoes. Further east are limestone caves and verdant cloud forest, haunt of the resplendent and elusive quetzal.

Here are some of our Guatemala highlights 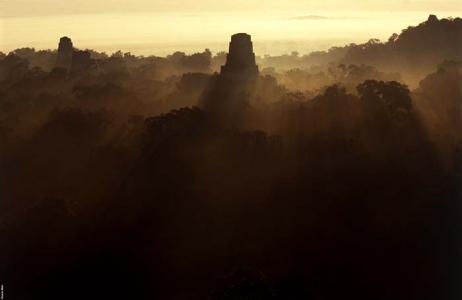 The lost Maya city of Tikal emerges from the jungle accompanied by calls of macaws and monkeys. With over 3,000 structures, shrines, temples, terraces and plazas, Tikal is the largest of its kind in the region and a site to behold. 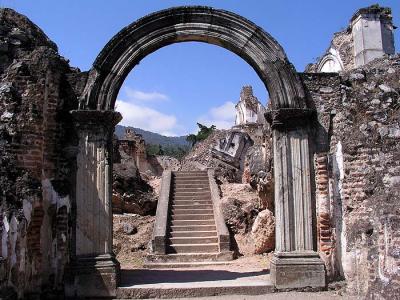 The beautiful, elegant city of Antigua was once the capital before several devastating earthquakes in the 18th centuary. Today its elegant squares, Spanish baroque architecture and spectacular ruins make this volcano-shrouded gem a must. 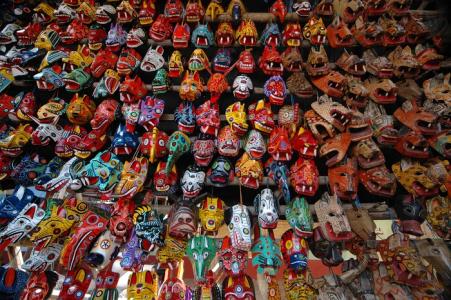 Alive with modern-day Maya culture, Guatemala has many colourful markets around the country where this can be experienced. The most famous is Chichicastenango, frequented by locals and tourists alike with its exotic fabrics, rituals and smells.

The children and I are united in saying this was our best trip ever!  All the arrangements went according to plan beautifully.

When to go to Guatemala

Dry season is early October to May, but even in the rainy season showers generally fall only in the afternoons, except for September which can be very wet. There is usually a 6 week Indian summer (canícula) in mid July. It is coolest in December and January, especially in the highlands. In the Petén March and April are the hottest months and temperatures of 36ºC and 85% humidity are not uncommon.

Yellow fever, tetanus cholera and malaria advisable. Malaria is a risk in all areas but the highest risk is in the Mayan sites, jungle and coastal regions.

UK citizens with valid passports are usually issued with 90-day entry cards by the airline, so no previous action is necessary if you do not plan to stay longer than this. Your passport should have two clean pages and be valid for at least six months beyo

The currency is the Quetzal, divided into 100 centavos. It is recommended to bring either US Dollars or dollar denomination travellers cheques to change, although in remoter areas it can be hard to find places willing to accept or change travellers' cheques. Euros cannot be changed in any banks. Visa is the most recognised credit card, although MasterCard and Amex are accepted in most larger hotels. Cash can be withdrawn with your Visa/Switch card in main cities.

Guatemala offers typical Central American fayre, featuring tortillas, tacos and the ever-present guacamole. Some specialities of Guatemala are Chiles rellenos - chillies stuffed with meat and vegetables (often spicy) and Enchilladas - tortillas filled with meat. The fish from fresh water Lake Atitlán is good (particularly trout and black bass) and their ceviche is marinated fish in lemon, garnished with onion and hot peppers - yum!

The official language is Spanish, although half of the population speak one or more of 23 Maya languages (the largest of these being Quiche, Kekchi and Mam). 70% of Guatemalans consider themselves Roman Catholics (30% are Protestant).

Traffic drives on the right. Roads are poorly signposted and generally in poor condition, so we do not recommend driving yourself unless your Spanish is good and you have previous experience of driving in Latin America.