Chile is a land of extremes, from the world’s driest desert in the north to the icy fjords and glaciers of the south. Squeezed between the Pacific Ocean and the Andes, this long, narrow country stretches nearly 3,000 miles from Peru to the southernmost tip of the Americas.

The iconic Atacama desert, drier than any other on the planet, and Torres del Paine in southern Patagonia - with its sculpted granite peaks, lakes and glaciers - are not to be missed. There are fertile wine regions, temperate rainforests and thousands of volcanoes, many of them active. Clear night skies make for superb star gazing. You can hike, ride, ski and fish; take to the water in a raft or kayak; or skirt the southern ice fields on a remote self-drive adventure. Off the west coast lies Easter Island with its celebrated monolithic figures and Polynesian culture.

Wildlife is equally diverse: flamingos flock to arid salt flats and condors soar at high altitude; you might be lucky enough to spot guanacos or pumas in one of the country’s nature reserves. The cold, nutrient-rich waters around Patagonia are excellent for penguin, seal and whale watching.

Chileans are friendly and welcoming. Their towns and cities are as vibrant as any in South America, yet you are never more than a few hours from pristine wilderness.

Here are some of our Chile highlights 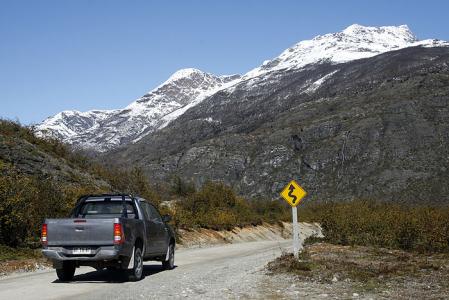 Driving Chile's southern highway, the Carretera Austral, is quite an adventure. The unpaved road is over 1,200km long and links tiny villages in northern Patagonia. Glaciers, mountains and even marble caves can be seen along the way, making it a spectacular journey. 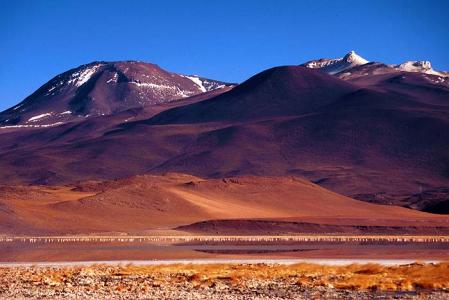 The vast Atacama desert is one of the driest places in the world. The impressive geyser fields at El Tatio, the great Atacama salt lake, and other worldly Moon and Death valleys and just some of the areas highlights. 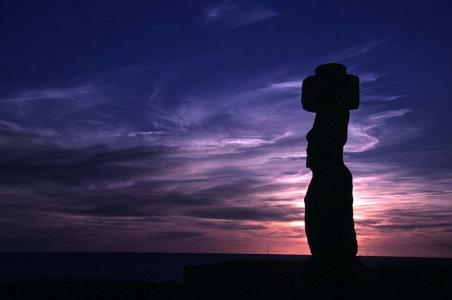 More than 2,000 miles off the coast of Chile's mainland, Easter Island is a unique and remote Chilean outpost. First inhabited by Polynesians, this intruiging island is most famous for the Moai giant statues. 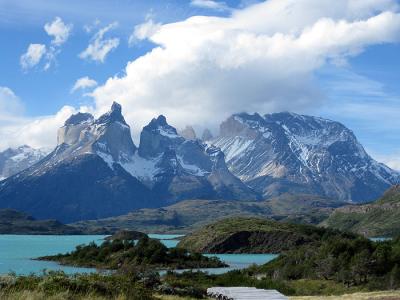 The gem in Patagonia's crown, Torres del Paine National Park is home to some of the country's most dramatic scenery: sheer granite walls, turquoise lakes, glaciers and a sea of ice that stretches far into the distance.

We arrived home this morning after such a great trip! Thank you, it was beautifully planned - with enough downtime to recover from all the excitements!

Although there was a lot of travelling, it all went like clockwork, and it did mean we saw so much and got a flavour of each country. Good guides too, and we were particularly fortunate with the young man who looked after us in the Atacama - he was very knowledgeable and enthusiastic.

We were a little apprehensive about the Tango evening in Buenos Aires, having been to some gruesome ‘local culture’ events in other countries, but it was brilliant and very well done, good food too, so altogether a winner. The whole thing was a great success, so thanks again from us both.

When to go to Chile

The hottest months are December to March. The central region has a sunny Mediterranean-like climate; in July and August temperatures can drop to 10ºC. The Lake District enjoys a temperate climate similar to northern Europe but with heavy rainfall. In the far south the winter (June to mid-September) is more severe: it can snow and temperatures often drop to well below freezing. In Easter Island the rainy season is March to October (wettest in May, when torrential rain can fall, although usually in short bursts); the coldest month is August, and warmest is February.

The standard of health in Chile is one of the highest in Latin America, no inoculations are mandatory and there is no malaria. You should be up-to-date on tetanus, typhoid and polio.

Not required for most nationalities for 90 day stays. Australian and New Zealand citizens need visas.

The Chilean currency is the Peso ($). Most newspapers give the latest exchange rates and it can be worth shopping around the banks and exchange houses if you have time, both the rates and amount of commission can vary. Most hotels will also change money, though not at such good rates. Credit and cash cards are widely accepted. Pay for any hotel extras with US$ or credit card to avoid paying the 19% tax.

Fish is excellent in Chile, with very fresh salmon, trout, sea bass and herring popular for typical dishes such as seafood soup or ceviche. More obscure offerings from the sea include giant barnacles, sea urchins and king crab. Regional specialities include Curanto, a traditional dish from Chiloé and held in high esteem as a hangover cure - fish, pork, chicken, potatoes and vegetables all cooked together in a hole in the ground, over a bed of hot rocks, and held in high esteem as a hangover cure. Paila Marina is a delicious seafood soup and a national favourite. Chile is becoming renowned for producing fine wines, in particular from vineyards in the Central Valley.

The Chilean telephone system is somewhat complicated, as there is intense competition between companies. The exit code is 00 and country code 56 (for incoming calls). Hotels tend to add hefty surcharges so for all but local calls it is better to go to a telephone office. You usually pick up a ticket for a booth, make your call (dial 00 for international and 44 for the UK, leave off the zero of the town code). You pay when you have completed the call. BT Chargecards theoretically work, although this depends on the network you are using (there are several). For Entel dial 123 for instructions, 123-003441 for direct connection to the UK (sometimes works)! Alternatively, and for long distance national calls, make the call from one of the many phone company booths which you will see in any town - the most common are Entel, CTC, Chilesat & Bell South Chile. You make your call and pay the cashier when you have finished.

Spanish and a handful of native languages including Aymara, Mapuche and Rapa Nui.

Traffic drives on the right, the speed limit is usually 100km/h, and a valid UK driving licence is all that is required to drive as a tourist, provided you are at least 18. An International Licence is not strictly necessary, but there is no doubt that in remoter areas the translation and photograph do make it look a bit more official. Be particularly careful to try and avoid stones thrown up by passing vehicles on gravel roads.