You are here: Home » Colombia » Sample itineraries » Diversity and civilisation 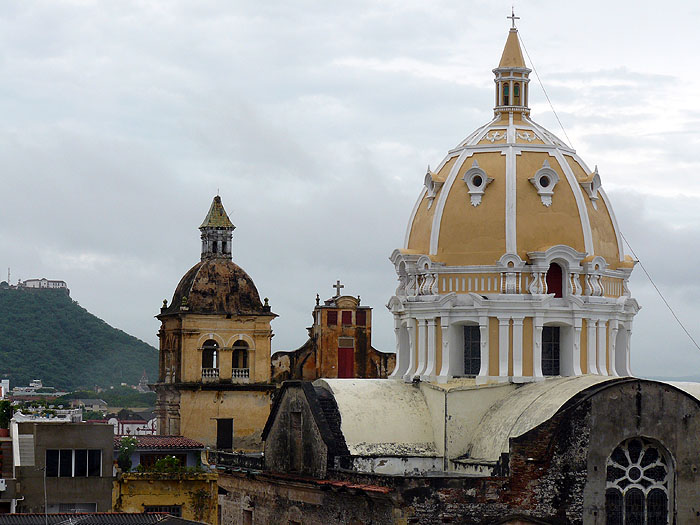 a journey through Colombia's rich and fascinating cultural history

10-23 November 2018: explore the archaeological parks at San Agustín and Tierradentro; admire the most important art collection in Latin America at the Botero Museum; visit Pueblito, the heart of the Tayrona civilisation which flourished before the arrival of the Spaniards; and stay in the romantic city of Cartagena, with its colonial buildings and narrow cobbled streets.

Saturday 10 November 2018 - Arrival day (Bogotá): For UK participants, the recommended non-stop flight from London Heathrow with Avianca departs at 10pm on Friday 9 November and arrives in Bogotá just before 5am. Other flights can be met on request.

Santa Fe de Bogotá was founded in 1538 and lies at about 9,000 feet. The old centre, known as La Candelaria, still preserves fine colonial architecture and historical buildings such as the cathedral and Casa de Moneda.

Spend 2 nights at the stylish Hotel Artisan, where there will be a welcome dinner and Dr Herrera will give an introductory talk.

Sunday 11 November: Visit Lake Guatavita, which played a pivotal role in one of the El Dorado legends: the "cacique" (chief) of the Muisca people was dusted with gold and taken to the centre of the lake on a ceremonial raft. While he dived into the water to wash it off, valuable trinkets were thrown in by the worshippers. Whatever the veracity of the story, the area is also home to a wide variety of fauna and flora. Later visit the famous Gold Museum and the extensive art collection at the Botero museum.

An historic city and two UNESCO World Heritage Sites, each showcasing a different aspect of Colombia’s pre-conquest history and set in forested hills and near coffee plantations near the mighty Magdalena river.

12-13 November: Fly south to Popayán, spend a night at the characterful Dann Monasterio and visit this charming “white city” - an old religious centre and colonial hub linking the viceroyalty of New Granada to Lima and Quito. Spend the next night at El Refugio, a simple lodge right next to the Tierradentro site, whose unusual hypogea (underground tombs) give a snapshot of Andean life 1,500 years ago.

14-15 November: Driven (5 hours) to San Agustín for 2 nights at the Hotel Akawanka, which has lovely views over the surrounding countryside. Take a full day tour of the archaeological park, which contains the largest collection of monuments and megalithic sculptures in South America, some over 4 metres tall, dating back to AD100.

Friday 16 November: Fly back to Bogotá for a night, followed by a visit to the extraordinary “Salt Cathedral” at Zipaquirá, where in 1975 the worked-out chambers of a large salt mine were converted into an underground 'cathedral', with the access tunnels showing the twelve stages of the cross.

Santa Marta was the first city founded by the Spanish in the Americas, in 1525. The Tayrona National Park stretches 85km along the Caribbean coast, and encompasses both coastal forest and coastal reefs - an area of extraordinary natural beauty.

17-19 November: Fly to Santa Marta and drive east for 3 nights at the unique Eco-habs, beautifully-designed round huts perched on a hillside between the forested slopes of the national park and the ocean.

Full day trek to Pueblito - once the heart of Tayrona civilisation. The ascent takes 2-3 hours and zigzags through the foothills of the Sierra Nevada before arriving at the site, which has spectacular views. A 45 minute descent leads to the beautiful protected beach of Playa Cabo San Juan de Guía, ideal for swimming. From here it is just over an hour's walk back to the hotel.

Note: This is a long but rewarding day but does involve quite steep ascents and descents over uneven ground, which may also be wet and slippery. The alternative would be a day spent relaxing in the hotel!

One full day at leisure to enjoy this lovely property. There is a small protected swimming beach and a spa tent overlooking the Caribbean.

Cartagena de Indias, founded in 1533, was a walled and fortified city and once the most important port for the Spanish in Latin America. 9km of the walls remain, as do most of the historical buildings and squares preserved within.

20-22 November: Drive west (4-5 hours), with a lunch stop, to Cartagena for 3 final nights at the Movich Cartagena de Indias, a contemporary boutique hotel within the old walled city. Explore Cartagena, whose attractions include convents and churches dating from the 16th century; San Felipe fortress with its underground tunnels, galleries and passageways; and the Iglesia de la Popa, built in 1607 on a hill and commanding panoramic views. The final day and a half are left free to enjoy this enchanting city at your own pace.

Friday 23 November: Those returning to the UK with Avianca will fly to Bogotá in the early evening to take the overnight flight to Heathrow which arrives about 3pm the following day. There are flights to the US from Cartagena itself.

Prices start at £3,740 per person sharing a double/twin room, including internal but not international flights. Do contact us for availability, flight quotes, and booking conditions. 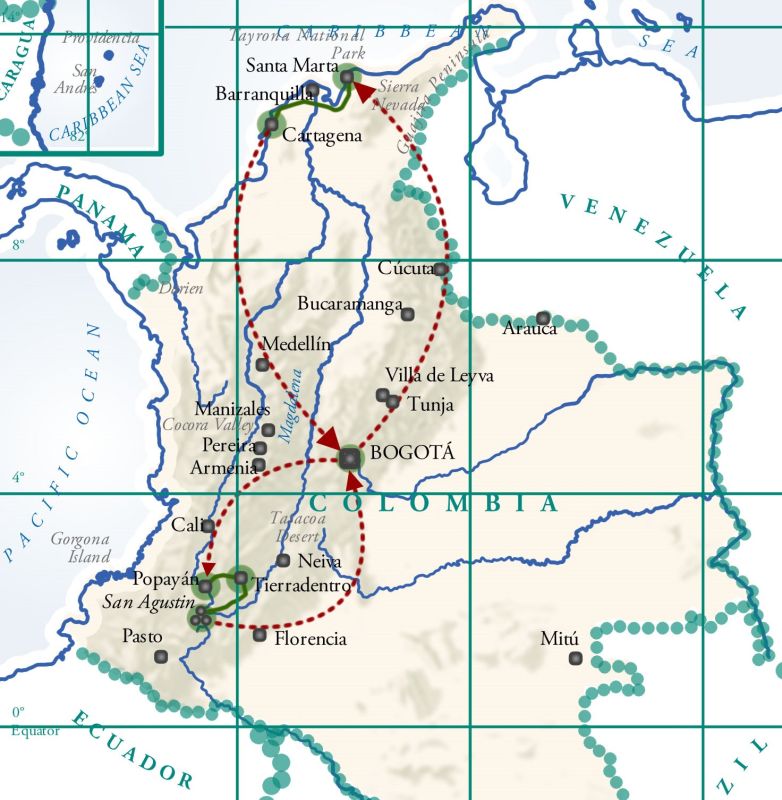