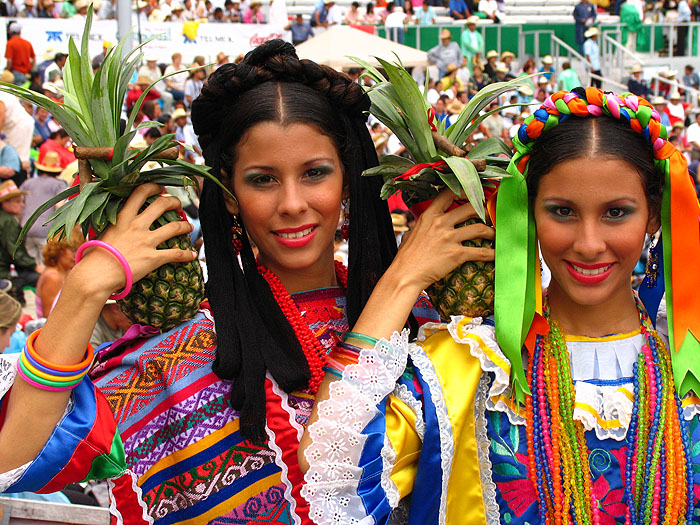 A 12 day tour taking in the rich history, culture and traditions of six contrasting colonial cities within easy reach of Mexico's capital.

Day 1: Fly to Mexico City for an overnight stay.

Days 2-3: Met by your guide (who will accompany you around Mexico for the following 8 days). Driven south (2 hours) for two nights in the city of Puebla, in the shadow of Popocatepetl volcano. You will have a tour of the city - there are over 70 churches and thousands of beautiful buildings. You will also visit the nearby town of Cholula, famous for its Great Pyramid (the largest pre-Hispanic structure in the world in terms of volume) with underground tunnels and a Catholic Church built on top.

Days 4-5: Driven west to the delightful city of Cuernavaca, known as the ‘city of eternal spring’. Here you will visit the palace of Hernán Cortés, the gardens of the once emperor of Mexico, Maximiliano, and the ancient and little-visited Olmeca-Xicallanca site of Xochicalco.

Days 6-7: Driven north to San Miguel de Allende via Querétaro, a lovely city with shady squares that was instrumental in the events leading up to the Mexican War of Independence. Continue to San Miguel for two nights in this beautiful city, famous for its silver. Time to browse the many interesting shops, visit museums and galleries, and relax in the central square of San Miguel Allende. Enjoy a tour to the little-known colonial mining centre of Mineral de Pozos. ‘Pozos’, once known for its opulence and a thriving mining industry, has been a virtual ghost town for almost a century.

Day 8: Driven to the university city of Guanajuato via Dolores Hidalgo, where priest Miguel Hidalgo famously uttered his cry for the independence of Mexico (the Grito de Dolores) on September 16, 1810. You will have a tour of Guanajuato on arrival; the city has some beautiful squares and buildings of interest, such as the theatre and Alhóndiga (granary) where the heads of four independence heroes were hung to discourage further uprisings. Guanajuato hosts an annual ‘Cervantino’ festival every October, with a number of artistic and cultural events.

Days 9-11: Driven to the nearby airport of León for a flight to Oaxaca, via Mexico City, where you spend your final three nights. This Mexican city is well known for its cuisine (including toasted grasshoppers or chapulines), and traditional crafts such as pottery and weaving. You can visit the Zapotec site of Monte Albán and the traditional weaving town of Teotitlán del Valle, or just admire one of the many pretty squares and colourful local markets.

Day 12: Fly back to Mexico City for onward connections. 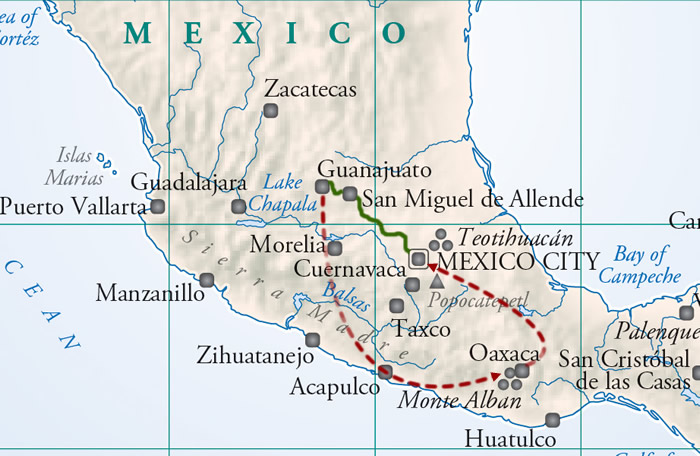 The estimated flight cost included in this itinerary (assuming international flights from the UK plus any internal flights that are necessary) is £1,100 per person.

As a fully bonded and very experienced Tour Operator, we can help you plan and book your perfect trip to Mexico.