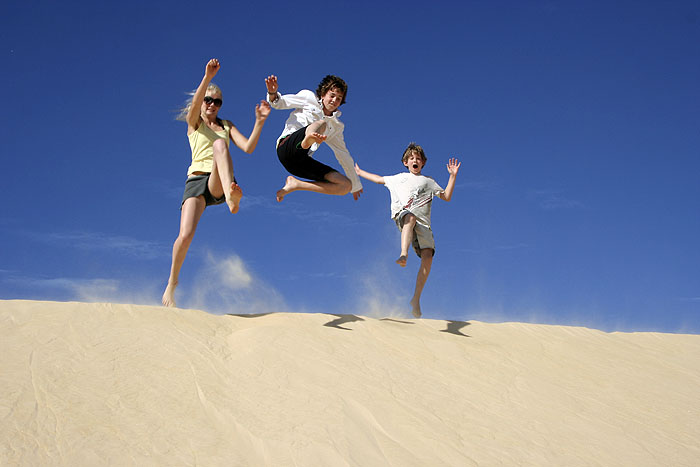 a jungle adventure and overland journey along Brazil's north-eastern shoulder

This 13 day itinerary explores the wildlife of the Amazon rainforest, and the spectacular dunes of Lençois Maranhenses National Park, followed by a 4x4 adventure along remote and stunning beaches to the fishing village of Jericoacoara.

Days 1-3: Fly to Manaus, the gateway to one of the world's most impressive rivers: the mighty Amazon, whose milky silt-laden waters join the tannin-stained Rio Negro at the famous meeting of the waters. Spend three nights here, taking in the sights and sounds of the forest including excursions with a knowlegeable local guide to visit local riverine dwellers, treks through the jungle, or do night tours on the river to spot black and spectacled caiman. Manaus has one of the largest annual variations in water levels in the world, and the flooded forest is at its peak in July.

Day 4: Fly to colonial São Luis, once a slaving port. First founded by the French, and owned for short times by the Dutch and Portuguese, European influences are everywhere and much African culture remains.

The endless dunes of the Lençois Maranhenses

Days 5-8: Driven (3-4 hours) to Barreirinhas, on the banks of the sleepy Preguiças river and close to the Lençois Maranhenses National Park. This is a spectacular series of endless white sand dunes - a mere 155,000 hectares - many of whose troughs form enticingly swimmable fresh water lagoons from May to October (the rainy season is from January to July).

After a 2 night stay you will embark on an overland adventure which starts by river, heading towards the ocean (there are various accommodation choices in simple fishing villages and remote islands) and the enormous Parnaiba delta. The journey continues by 4x4, culminating with a drive along beaches, over dunes and across rivers and estuaries by hand-poled ferry.

Days 9-12: You finally arrive in the vibrant beach village of Jericoacoara, where you have four nights to relax and unwind. 'Jeri' is a charming, hippyish, oceanfront fishing village hidden among rolling sand dunes and palm trees. It is popular with in-the-know families and water sports enthusiasts. There is plenty to do for adults and children of all ages, from hunting for sea horses in the delta of nearby Tatajuba, riding, dune buggy excursions, kitesurfing or learning to play capoeira with the locals. 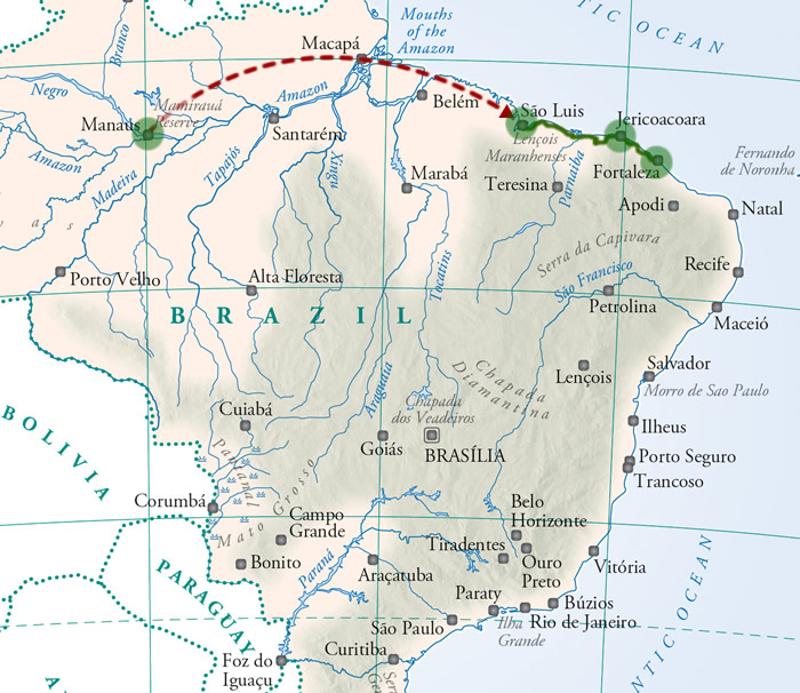 The estimated flight cost included in this itinerary (assuming international flights from the UK plus any internal flights that are necessary) is £1,265 per person.