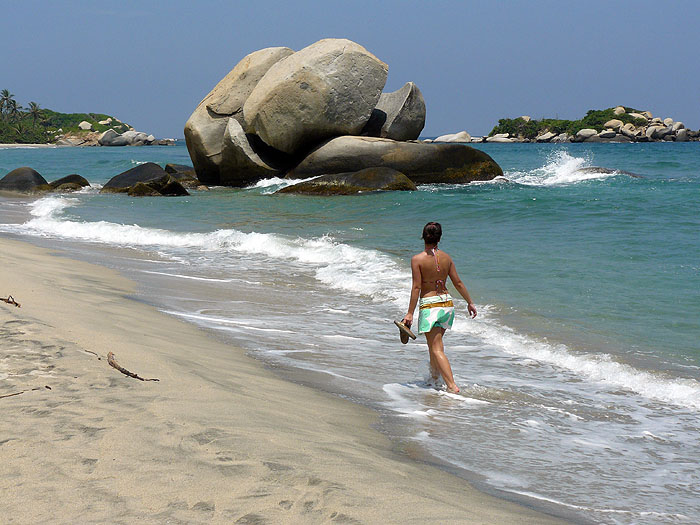 This 14 day itinerary explores Colombia’s historic cities, the coffee-growing region and ends on the beautiful beaches of the Caribbean coast.

Bogotá - gold in the Andes

Days 1-2: The first two nights are spent in Bogotá, Colombia's Andean capital. The Museo del Oro (Gold Museum) houses over thirty thousand gold artefacts, making it one of the largest collections in the world. The capital's old town, La Candelaria, has colourful colonial buildings and some wonderful parks and plazas.

Days 3-5: Fly to Pereira in the coffee region for three nights at a hacienda. The coffee region is spread over the central spine of the Andes, and includes several parks and national reserves. Enjoy hikes in the area, learn about the coffee process and visit the stunning Cocora Valley.

The City of Flowers

Days 6-7: Fly to the city of Medellín, made infamous by the exploits of Pablo Escobar, but has left the dark days well behind and invested hugely in redevelopment, and making the city a centre of culture. Stay two nights and visit the city, the huge rock at El Peñol and the traditional town of Guatape.

Days 8-10: Fly to Cartagena de Indias for three nights. As a major port during the sixteenth century, the walled city was often plundered by pirates and buccaneers, including Sir Francis Drake in 1586. In response to these attacks the Spaniards built a series of forts and walls around what is now the old city - now a UNESCO World Heritage site. Nearby, the Islas del Rosario make for a popular day trip, with good snorkelling.

Days 11-14: A four hour drive east along the Caribbean coast takes you to Santa Marta, the final resting place of Simón Bolívar. An hour's drive east is the Tayrona National Park, with stunning beaches and tropical forest reaching the ocean. Stay just outside of the park - the perfect place to relax for the next three nights. Driven back to Santa Marta on the final day for a flight to Bogotá and onward connections. 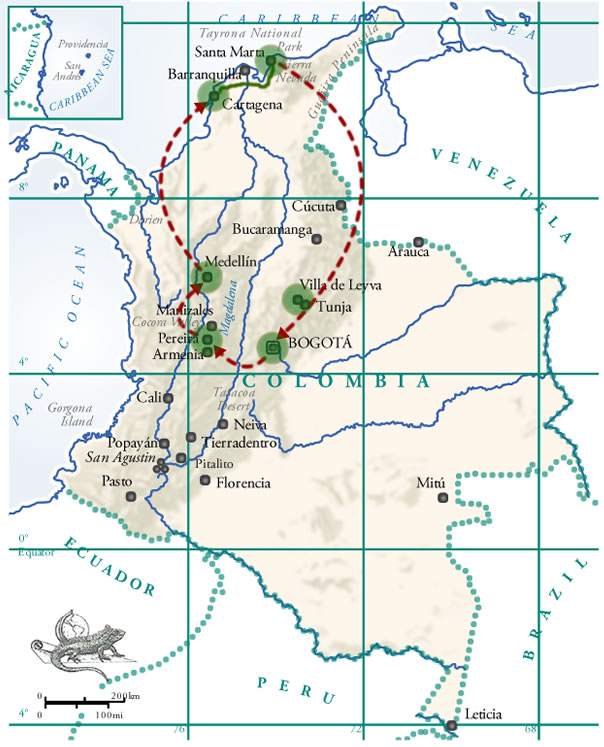 The estimated flight cost included in this itinerary (assuming international flights from the UK plus any internal flights that are necessary) is £1,150 per person.