skip to main content
You are here: Home » Articles » The monkey puzzle - a little history 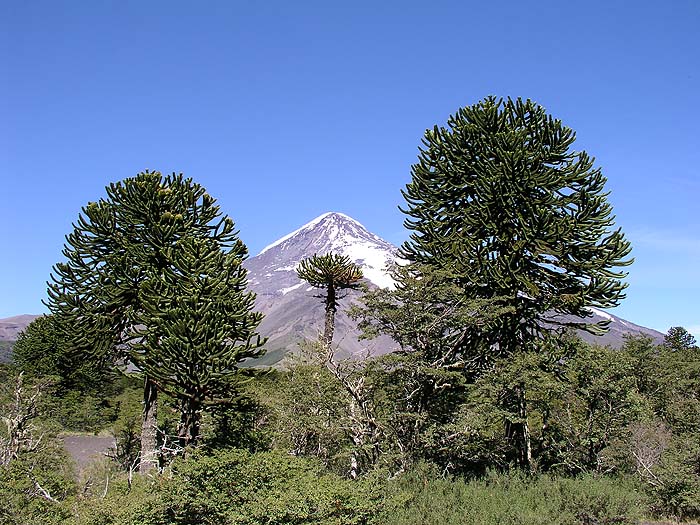 The monkey puzzle - a little history

The monkey puzzle tree (araucaria) is an ancient species, believed to have been one of the main food sources for dinosaurs in the Jurassic period (150 million years ago), and therefore a possible reason for the evolution of the long, elegant necks of sauropod dinosaurs like Diplodocus.

Much of the BBC television series Walking with Dinosaurs was filmed in southern Chile, since the vegetation and landscape has changed so little (the arrival of grasses being one major later development).

The trees are either male or female, although transgender specimens are found. Female cones tend to be at the top of the trees and males, which are smaller, nearer the ground. The trees are called pehuén by the Mapuche people. Seeds from the cones were a valuable food which they traded with their neighbours, the Tehuelches.

Along the Argentina/Chile border, where tensions have sometimes run high, the cones have been adapted by cunning spies to provide a camouflaged camera and nip any nefarious activity in the bud.