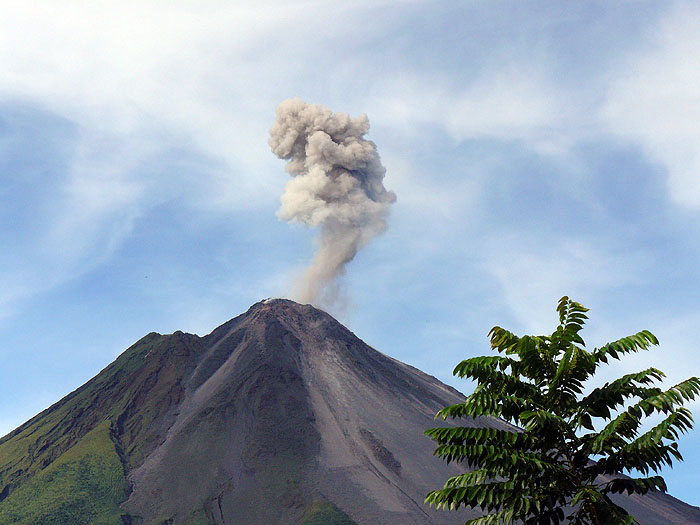 from verdant jungle and rainforest bursting with wildlife, to beautiful beaches along unspoilt coastline

A 13 day trip through the diverse ecosystems of mainland Costa Rica, from jungle-fringed coastlines and towering volcanos to misty cloud forests and exotic beaches.

San José and the Central Valley

Days 1-2: Arrive in San José and spend two nights in the capital. Excursions can be organised locally, including trips into the Central Valley and surrounding countryside, coffee plantation tours, and visits to La Paz Waterfall Gardens.

The Osa Peninsula: wildlife and jungle

Days 3-5: Take a morning flight in a light aircraft, for a scenic birds-eye-view of forested hills and palm-studded coastline. Half of the Osa Peninsula is covered by the Corcovado National Park, one of the most biologically intense places on earth. On arrival, transfer by road or boat to a remote lodge and stay three nights, spending your free time exploring the nature trails and mangroves, or enjoying activities such as snorkelling, kayaking and surfing.

Days 6-7: Fly back to San José and transfer overland to Arenal, site of one of the countrys' most impressive volcanos. One morning, enjoy a guided hike along one of the trails close to the volcano. The Caño Negro Wildlife Refuge, considered to be one of the regions richest spots for bird watching is nearby, excurisons to which can be organised locally.

Days 8-9: Cross Lake Arenal for a two night stay in the cooler climates of the Monteverde cloud forest, surrounded by over 400 species of birds (including the elusive quetzal). On a guided tour, explore the flora and fauna of the cloud forest as you cross a network of canopy bridges, suspended above the treetops.

Days 10-12: Continue overland to the Pacific coast for three final nights relaxing on the beach.

Day 13: Fly back to San José for onward connections.

The estimated flight cost included in this itinerary (assuming international flights from the UK plus any internal flights that are necessary) is £1,260 per person.

A good mix of affordable hotels in prime locations.

As a fully bonded and very experienced Tour Operator, we can help you plan and book your perfect trip to Costa Rica.