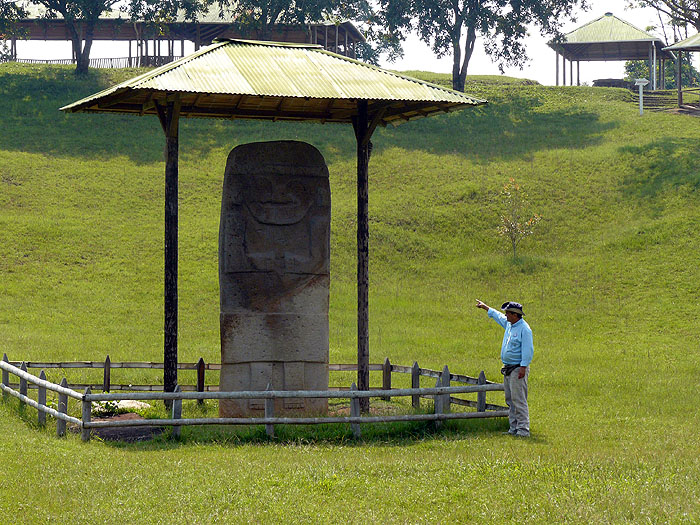 Bogotá - gold in the Andes

Days 1-3: Overnight flight to Bogotá, Colombia's Andean capital, where the first two nights are spent. The Museo del Oro (Gold Museum) houses over thirty thousand gold artefacts, making it one of the largest collections in the world. The capital's old town, La Candelaria, has colourful colonial buildings and some wonderful parks and plazas, and Lake Guatavita, 60km north-east of the city, is a circular lake which played a pivotal role in one of the El Dorado legends.

Days 4-5: Visit the spectacular salt cathedral of Zipaquirá before being driven north (3 hours) to the picturesque colonial town of Villa de Leyva for a two night stay. Explore the cobbled streets, museums and surrounding attractions, including the Museo El Fósil, the convent of Ecce Homo, and pre-Columbian site of Infiernito.

San Agustín and Tierradentro - pre-Columbian past

Days 6-10: Driven back to Bogotá for a flight to the historic town of Popayán. Stay two nights allowing time to visit the main attractions before being driven (about 5 hours) to Tierradentro, with a stop at Silvia indigenous market, for a further night. Visit the archaeological park of Tierradentro, a World Heritage site with incredible subterranean galleries and tombs, before continuing (about 6 hours) to San Agustín, your base for two nights. Visit the archaeological park of San Agustin and Alto de los Idolos. San Agustín contains the largest group of religious monuments and megalithic sculptures in South America depicting animals, mythical creatures and humans, some over 4 metres tall dating back to AD100.

Days 11-14: Driven (about 1 hour) to Pitalito and fly to Cartagena de Indias for three nights. As a major port during the sixteenth century, the walled city was often plundered by pirates and buccaneers, including Sir Francis Drake in 1586. In response to these attacks the Spaniards built a series of forts and walls around what is now the old city - now a UNESCO World Heritage site. On the final day fly to Bogotá for onward connections.

A selection of beach extensions are possible, including the archipelago of San Andrés and Providencia, 700km from the coast, and the Tayrona National Park on the Caribbean coast. 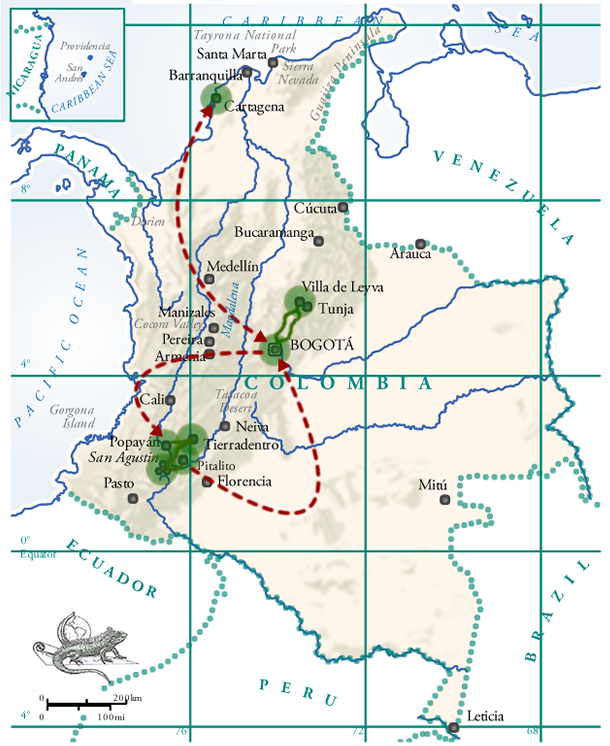 The estimated flight cost included in this itinerary (assuming international flights from the UK plus any internal flights that are necessary) is £1,050 per person.