You are here: Home » Ecuador » The Coast
Enlarge map 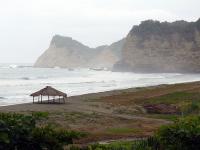 Ecuador has a 2000km coastline, the southern part of which is justifiably famous for its seafood and has the country’s best beaches, including some fabulous stretches along the Ruta del Sol (Route of the Sun). There are several resorts along Ecuador’s rugged Pacific coast, most notably around Puerto López where boats depart for the beautiful Machalilla National Park and the Isla de la Plata. Weather can be unreliable particularly in the rainy season from January to March and there is often mist (garúa) in the mornings.

Guayaquil is Ecuador’s largest city, the main port, and the commercial hub of the country. Sympathetically-restored areas such as the old district of Las Peñas and the riverfront malecón (promenade) add to the character of the city.

All hotels in The Coast →